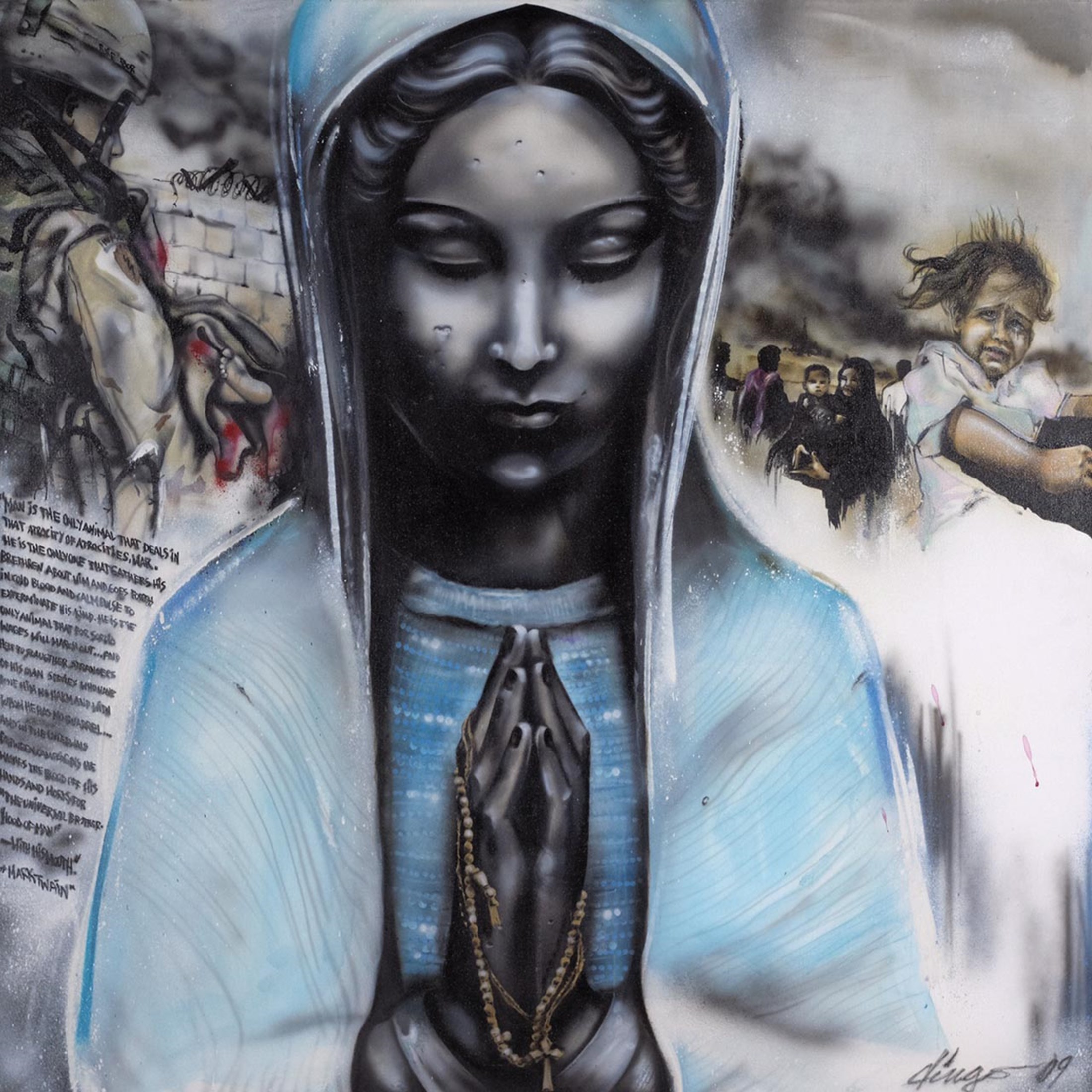 The title of the picture is “Victims of War”

It shows that there are no winner at war. In my opinion all are victims and loser at the same time. A soldier carries a hurt child … this scene may can describes the situation the best. War changes people, it is destructive and creates agony. The figure of the Madonna is a religious one and symbolizes love. Religion was always used to manipulate people and gain power. And still religion is used to justify questionable actions. If the origin of a religion (it does not matter which one) is to love each other, we should consider what went wrong and how we can change it.

“Man is the only animal that deals in that atrocity of atrocities War. He is the only one that gathers his brethren about him and goes forth in cold blood and calm pulse to exterminate his kind. He is the only animal that for sordid wages will march out... and help to slaughter strangers of his own species who have done him no harm and with whom he has no quarrel.... And in the intervals between campaigns he washes the blood off his hands and works for the universal brotherhood of man with his mouth.”